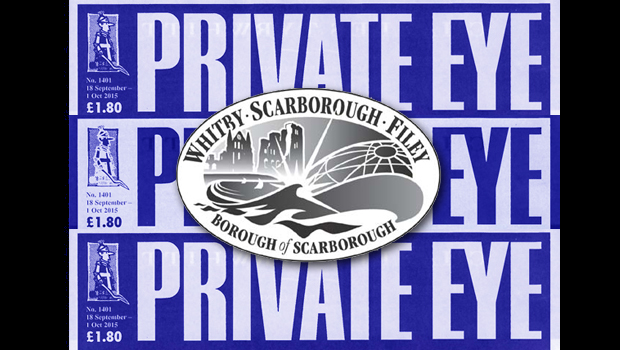 For the second time this month, Scarborough Borough Council has made it into the pages of the Private Eye magazine, this time on its old stamping ground – the ‘Rotten Boroughs’ column – where readers nationwide have been treated, in recent years, to a great many exposés of the antics of arguably the most despised local authority in the country; most recently over the inexplicable decision to waste £4million plus on destroying The Futurist Theatre.

A follow-up to these revelations is keenly anticipated; one source has promised to disclose details of the membership of what is described as a ‘mini-cartel’ – but only after leaving the Council. We could name them now, but why not let them suffer a while? The next local elections at SBC will take place in May 2019.  Of course, by-elections do occur, from time to time. We may not have too long to wait . . . and then the Council can commission MAZARS to investigate. (LMAO).

All this, of course, follows hard on the heels of Helen PIDD’s humiliating swipe at SBC Leader Councillor Derek BASTIMAN [Con.] in the Guardian/Observer, describing him (quite accurately) as “a former estate agent with a penchant for loud shirts and cold chains” – about right for a local authority whose activities extend to little more than emptying the trash and flogging off (or giving away) the Borough’s assets. Only yesterday, BASTIMAN’s Tories lost overall control of the Council.

The Tory stranglehold on the Yorkshire coast is already unravelling with today’s announcement that East Riding of Yorkshire Leader Councillor Stephen PARNABY [Con.] will not stand next time. BASTIMAN is heading the same way. All political lives end in failure, right?