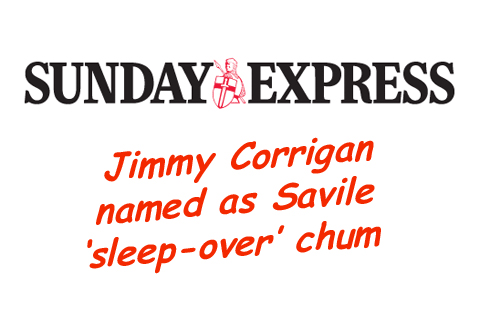 The Sunday Express of today, Sunday 2nd June 2013 features an article entitled “Jimmy Savile took his passion Wagon to Scout camp”, naming Scarborough’s Jimmy Corrigan as Savile’s companion on an excursion to a Scout camp near Doncaster, previously reported here on Real Whitby by TIM HICKS, in his “Operation Countryman II” series of articles reporting on his investigation of the alleged Savile paedophile-ring in Scarborough.

The Sunday Express article appears under the by-line of MARK BRANAGAN, the widely-respected investigative-journalist whose investigation into Scarborough Borough Council exposed the High-Point Rendel procurement scandal.

A source close to the Corrigan family reports that James Corrigan (son of the aforementioned Jimmy Corrigan) has retained a Scarborough-based spokesperson.

It will be interesting to see if there is a process in train – and where, as the evidence accumulates, that process will now lead . . .