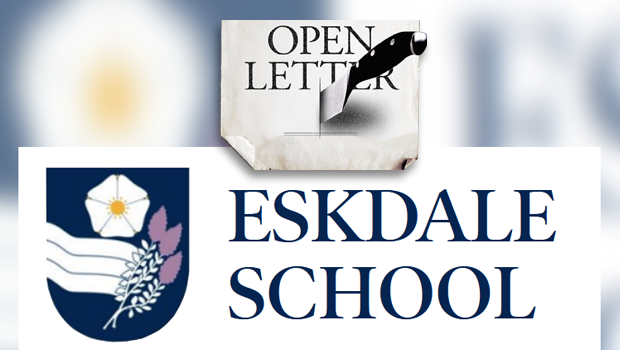 A MUST READ Open Letter to the Board of Governors of Eskdale School, on behalf, surely, of a sizeable majority of Whitby’s parents and children.

Please read it – and act!

To the Headteachers and Governors of Whitby Secondary Partnership

At 4:00pm on January 4th 2023, the first day back following the Christmas break, without prior notice or consultation, the staff were called to hear your decision to close Eskdale School. Stating that the way forward as you saw it, was to amalgamate with Caedmon College. Taking a whole 47 minutes to explain your controversial decision, the meeting finished at 4:47pm where emails were promptly sent out to parents and guardians of students forcing them to break the news and explain that the governors of their school wished to close it

On the outside, this looks like a similar fight to last time – to save one of the town’s beloved secondary schools, but underneath it is very different and with many more disturbing issues than previously.

We ask if this decision is at the end of a well thought out period of research and planning, if so why isn’t this plan on the table in front of everyone in Whitby and District to view?

Why is it that when asked where this plan is, the only response we recieve is that all the details will be part of the six- week consultation period?

We are not against change, but expect it to be done with time, planning & discusion.  We do not want a rushed through quick fix that is set to failure, repeating last mistakes and deal untold damage to hundreds of children. Our children have already lived through unprecedented times and lost so much of their education.

The timescale might look good on paper but how is it going to work in the real world?

The final decision will be made on June 20th 2023. How are you going to transition all the children in a month including many with Special Educational Needs before they break up for summer?

We guess the reply we might receive from you is that it will be in the consultation document but surely a well considered plan would have been presented at this proposal to limit the upset and disruption caused to all the children.

The poor Year 6s of our local primary schools. No matter what school they have chosen, if this goes ahead, they won’t be getting the one they picked. A 1,000 plus secondary school was not one of the options presented to them at the time. The children will also get the added bonus of having to wait an extra three anxious months for a decision as to whether they will have a place. The move from primary to secondary is a massive jump normally, without the unknown playing on their minds.

What about the pupils already in both schools – Caedmon and Eskdale? They are at the schools for a reason and they have chosen them. Seven years ago it was decided by North Yorkshire County Council that the town needed that choice. Lowering pupil numbers has been blamed, but Eskdale has only recently experienced lower pupil numbers due to issues with higher management and less advertising of the school. Caedmon College, together with its 6th Form, has been running at just over 50% capacity  since at least 2018/19 with the 6th Form students averaging 165 pupils enrolled in total per year. If Eskdale is amalgamated into Caedmon College, there will still be a 300 shortfall in pupils compared to capacity. What happens when your quick fix fails? Do the children get forced on to one site? Do we amalgamate some primary schools? Anything to keep the dream alive?

Have the decision makers among you considered the irreversible effect a quick ill-thought-out move will also have on children with Special Educational Needs (SEN)? Some of these children have Educational Health Care Plans (ECHPs) which are designed especially for the educational settings they are in. Your plans are already causing significant distress to these children.

Since 2021 between the two secondary schools they have had an astonishing total of eight headteachers. These being made up of actual heads, acting heads, associate head, interim head and our current executive head. How is this constructive for a settled educational environment? How are staff meant to have good working conditions when they don’t know who is going to be in charge every few months? There is clearly a problem further up the management ladder.

It was mentioned by a local county councillor on social media that the new school would have a new name and a new ethos. However, in real terms this would mean parents of children in the Whitby area footing the bill for its new identity. This includes paying for the cost of a full new uniform and PE kit before the start of the new school year in September 2023 – just two months after a decision.

We want there to be a transparent and in-depth look into Whitby Secondary Education. We do not want any more short-term fixes and name changes (of which there have been many) and no more short-sightedness.

However, this all takes time and kids are worth your time to get this right. More than one option needs to be explored in depth with the whole community allowed to see the plans for themselves.

We have written this letter to you now before the decision is made whether your plan to shut Eskdale will be consulted on because we feel the children, staff and wider community deserve answers.

Our children deserve a well-thought-out, well-led and well-funded secondary education provision which can be achieved if you work together in partnership with the community.

If you do not get this right now you are failing our children and future generations.