“No Room at the Inn” 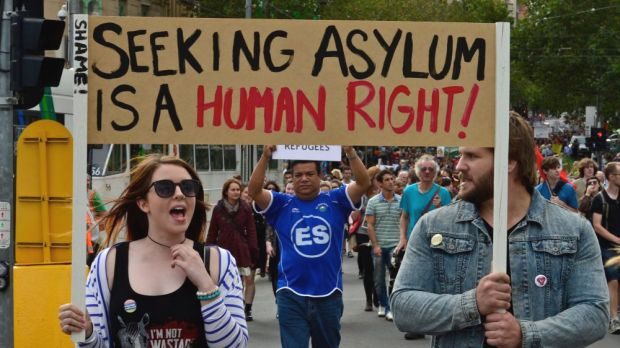 A Letter to the Editor from SBC (and NYCC) Councillor Tony RANDERSON [Lab.] expressing his sorrow and regret that the Council has resolved to decline to accept the government’s request to take its share of the bona fide asylum seekers allocated to North Yorkshire.

After yesterday’s Council Meeting in the Town Hall, and along with reading some of the comments on social media regarding these Asylum Seekers, I felt it was incumbent upon me to write to the NYE spelling out my own personal views surrounding these poor unfortunates.

So, in the Borough of Scarborough, it could be that up to 20 individuals MAY require housing – not 20 families, but 20 individuals. It could well be less and these are genuine people escaping from horrors in their own country that most of us could not even hope to comprehend.

I thought long and hard over what I was going to say when I rose to give my own views on this proposed policy.

Most, if  not all my working and now retired life has been dedicated toward helping those who are vulnerable and less fortunate than many of us. When I get a call for help and assistance, I do not dream of asking what race or religion they are; they are seeking help from an elected representative, in my case both of the Borough and the County Council.

I was aware that my comments and vote to welcome these poor unfortunates into our Borough would not sit well with some, but nevertheless my conscience determined that I must speak up for them – as I do for everyone, but especially those most in need.

Many years ago, I was in Beruit as a young lad and saw for myself the horrors inflicted upon citizens in an internal war zone. We are talking about 20 – a maximum of 20 – Asylum Seekers being housed within the Borough, not just in Scarborough but within the whole of the Borough.

I am clearly aware that there is a housing shortage. However, I am also very clearly aware that the reason there is such a massive housing shortage is largely down to those austerity measures foisted upon us all by this Conservative government. It is also the case that this is DESPITE the  Borough Council up until very recently having a Councillor/Member/Director sitting on the board of one of the major housing associations in this Borough.

Housing Associations have a responsibility to build social affordable homes for those without a permanent roof over their heads; we now have a waiting list of 2,500. Just why is this? Well, not nearly enough social affordable homes have been built over a good number of years under the stewardship of the directors of this Housing Association, and that includes the Councillor Member from SBC. So now, for the Portfolio Holder for Housing to determine that we cannot immediately welcome these Asylum Seekers into the Borough because of a (a) the housing shortage and (b) the absence of funding, is a wee bit rich I’m afraid.

The good news is that I am extremely confident that the proposed merger of two housing associations is going to reap benefits for the current tenants and hopefully a spate of building to reduce this housing crisis shortage in our Borough. There is a much more professional feel and outlook from both of the Chief Executives of these Housing Associations.

Just what is the current issue then? Because it’s a dead certainty that this housing crisis is not going to be addressed over night after a good number of years of being in such stagnant crisis. In reality, it is the funding of accepting these Asylum Seekers into our Borough that the Cabinet and ever faithful Tory Members are moaning about – in old money – Pounds, Shillings and Pence, perversely denied them through their own Conservative Government. So IF they eventually attain some extra funding, will that have an overall effect to suddenly magic more homes into existence? No. Of course not. It is just smoke and mirrors, saying what they believe the public want to hear. There cannot be an actual price on such an act of humanity.

For the first time in my memory, we commenced a normal Council meeting with prayers by the Mayor’s clergy. Despite there not being a religious bone in my body (one doesn’t have to be religious to be good at heart), I duly stood with other Councillors as a matter of respect regarding the religious views of other Councillors.

However, it was in my view a double standards scenario when all these good Christians a few minutes later determined there was ‘No Room at the Inn’ for these Asylum Seekers, unless of course the ‘Magic Money Tree’ was shaken. This is more than a touch hypocritical, I’m afraid.

The message this sends is “Well, we will accommodate you – but only under duress. Unless, of course, we get our Gold, Frankincense and Myrrh”. Is this really the message SBC wishes to send out?

I have to say the whole episode yesterday afternoon left a very sour taste in my mouth. It is clear that a humanitarian outlook is in very short supply within this administration. They mime the correct words to defend their position, but actions speak louder, much louder than words. I am clearly aware that not all will agree with my own views, and certainly not the Cabinet members, but we still live in a democratic society and I make no apology at all for my principled stance on this issue.

20 individuals . . . Christian Values . . . what will the Mayor’s Clergy be thinking now? What a pity he left before this debate took place!