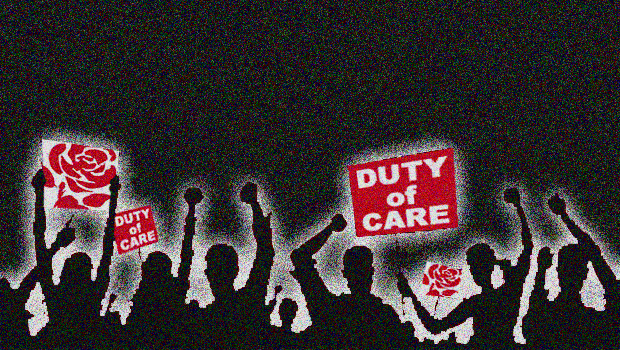 After over three years of investigation/publication by the North Yorks Enquirer and the public statement published by SBC whistleblower Ben MARRIOTT, and after Scarborough Borough Council’s disgraceful non-investigation of Ben MARRIOTT’s allegations and the Council’s failure to protect his identity under the terms of the Council’s own Whistleblower Policy, Scarborough & Whitby Labour Councillors have issued a Press Release to reassure residents that action will be taken.

The Council was sent the judgment on 18th August but has not yet informed all councillors about the cover up. Other whistle blowers have shared the whistle blowing judgment with Labour councillors.

Judge Forrest at the Hull Tribunal found the Council in breach of care as the identity of a whistle blower was disclosed when he made allegations of inappropriate use of contractors by managers.

The Judgment adds that the employee’s legitimate claims were not investigated by the Council, which then ignored its own whistle blowing procedure, and misled councillors at the whistle blower’s Appeal Hearing.
Labour Leader Steve Siddons arranged an immediate meeting with the Council Leader Derek Bastiman once he received the judgment.

After the meeting Cllr Siddons said:

“I have been assured by the Council Leader he agrees with this prohibition.”

“But I have also asked for the other substantial failings to be investigated by someone outside the Council – the Council Leader has suggested the Council can investigate these areas itself. We will move for that independent investigation at the next Full Council.”

“The Judge ruled that the Council’s Whistleblowing Procedure had been ignored. We need answers to why the investigation was not done properly and why the Council’s ‘Irregularity Response Team’ – which would have included the senior officers:  the Chief Executive, the S151 officer and the Monitoring officer – did not look at the allegations. That inquiry can’t be done by our own officers.”

“Once an outside investigation is complete, several competence and discipline actions may be required but these should not be prejudged.”

“The people of Scarborough Borough were promised a clean-up of Scarborough Council after the High Point Rendel fiasco less than a decade ago – they are going to be suspicious that that clean up didn’t happen if this is not dealt with correctly.”

“Instead of reporting the Council’s failings and the ‘white wash’ that followed to the last Full Council Meeting, it was left to another whistle blower to tell councillors. That is indicative in itself.”

“As a former convenor with decades of experience of tribunals, this is one of the most damning indictments of a council I have seen. Scarborough Council severely failed in its duty of care for this employee”.

Thank you, Councillors. The North Yorks Enquirer appreciates and applauds this resounding endorsement. Readers will now, no doubt, look forward to reading the Labour Group’s position on the summary demotion of former Cabinet Portfolio Holder and PCP member Michelle DONOHUE-MONCRIEFF.