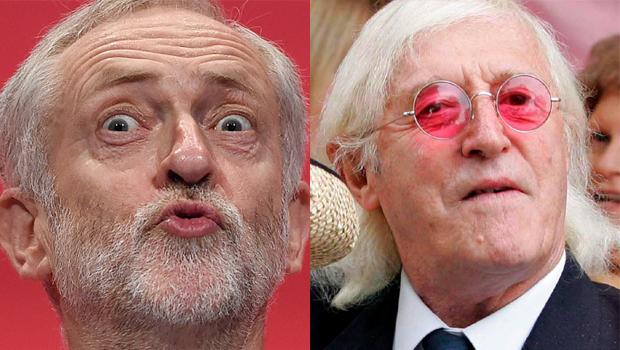 That this House mourns the death of Sir Jimmy Savile OBE who has died two days before his 85th birthday; recognises his enormous contribution to charitable giving, raising more than 40 million for charities during his lifetime; appreciates his essential Yorkshire character; remembers the smiles brought to the faces of children who appeared on Jim’ll Fix It; enjoyed his choice of music during his time as a disc jockey; and sends its condolences and sympathy to family and friends in Leeds, Yorkshire, the UK and throughout the world. 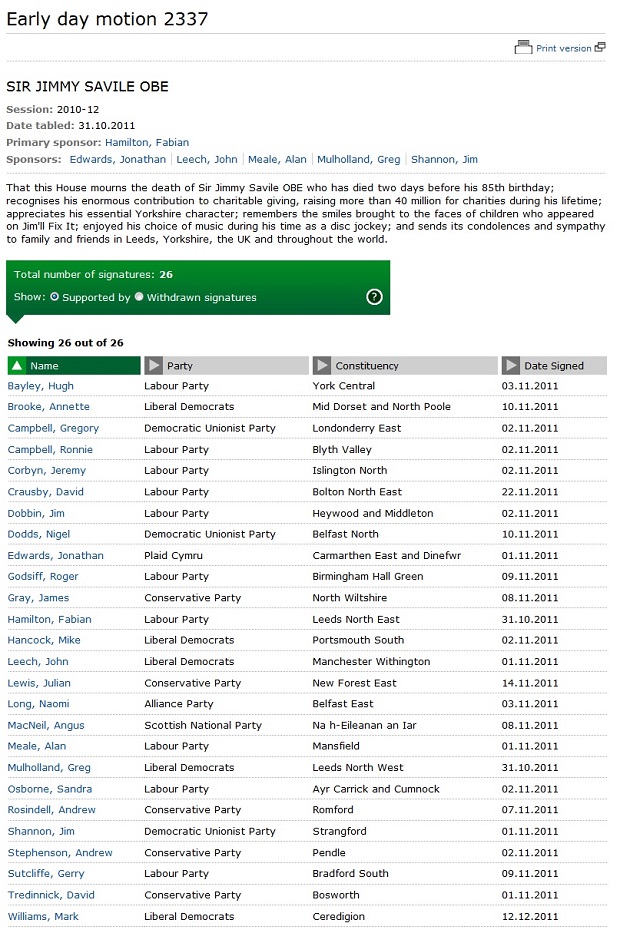