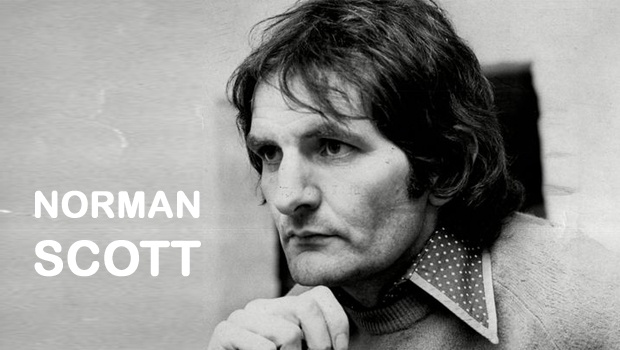 The trial of Ray Teret has been concluded and, coincidentally, more victims have come forward recently alleging they were sexually abused whilst members of the Scouting movement.  BBC report here

Following the passing of Jeremy Thorpe; as with Cyril Smith, Peter Jaconelli and Jimmy Savile, a lot of fresh information has emerged.

All of this has revealed some disturbing similarities.

Ray Teret was a paedophile and a rapist.  He was also a close friend of Jimmy Savile.  He has just been jailed for 25 years for a series of rapes and indecent assaults on girls as young as 12 in Manchester. BBC Report here.

Teret was mentored by Savile in the early days of his career, acted as his driver and shared a flat with him in Manchester.  His trial was told he raped a girl with Savile and followed Savile “around like a shadow”.

The Attempts to Murder Norman Scott

Briefly, Jeremy Thorpe was an Old Etonian and a leading barrister.  He was intelligent and charismatic, became a Liberal MP in 1959 and then leader of the Liberal Party from 1967 to 1976.  He revitalized the fortunes of the Liberal Party, significantly increasing its share of the vote to 19% in the 1974 election.

That was the public face.

The private face was that he was a homosexual (a criminal offence until 1967), used rent boys and was alleged to have arranged the murder of one of his boyfriends by contract killers, when he felt threatened by his revelations.  He has also been accused of trying to rape a fellow pupil while at Eton.

When Thorpe visited the USA, he was caught by the Police in a compromising position with a rent boy. This information was passed to MI5 by the FBI who made enquiries with Devon & Cornwall Police about Thorpe.  The Chief Constable Sir Ranulph Bacon confirmed to MI5 that Thorpe was rumored to be homosexual.

Thorpe and two other men were acquitted of conspiring to murder Mr Norman Scott at the Old Bailey.  According to Mr Scott, Gino Newton shot his dog in front of him on a lonely country road. Then the gun jammed before Newton could shoot him. Newton fled in his car, leaving Mr Scott shocked and alone on the road, but thankfully still alive.  Newton was subsequently jailed for his actions.

It subsequently emerged that two other men were allegedly hired to murder Scott prior to Newton´s attempt.

According to London criminal Mr Dennis Meighan, he was approached to kill Mr Scott in return for £13,500 – a huge sum in those days. He and another man (with a gun) drove from London to the pub in North Devon where Mr Scott lived. However, his London accent caused attention in the pub. Realising that they stood out and had no chance of committing the murder without being caught, they abandoned the murder attempt and returned to London.

Incredibly, according to Meighan, the Police realized his role in the affair but protected him. He confessed to the Police that he had been hired to kill Scott on behalf of a senior figure in the Liberal Party and that subsequently he provided the gun to Newton that was used to shoot Scott´s dog in the second abortive assassination attempt. He also gave a written statement to this effect to Scotland Yard detectives.

He was subsequently telephoned by a policeman and told to go to Brentwood Police Station. When he arrived, he was shown a statement about half the size of the one he had earlier given to the Police, with all the evidence incriminating Thorpe removed. He was assured that if he signed it, he would be free to go and that would be the end of the matter.

The best investigation into this affair was conducted by BBC journalist Tom Mangold here. It is well worth listening to for its astonishing revelations about how the Police protected Thorpe.

None of this evidence was put before the Court. This is clearly a case of Police Officers perverting the course of a criminal investigation into an attempted murder, to protect an establishment figure who was involved in serious crime.

Thorpe may also figure in the unexplained death of another boyfriend, his lover and convicted paedophile Henry Upton, who mysteriously disappeared in 1957.  Daily Mail report here

It therefore appears that there were at least two attempts to murder Mr Scott and possibly a second murder, that of Mr Upton, which remained undetected. Mr Scott is very lucky to be still alive.

Clearly, it a completely unsatisfactory situation for a hired killer to be openly boasting of how he escaped justice in a very serious case – particularly as it may still be possible to bring charges. I have therefore written to the Director of Public Prosecutions and the Chief Constable of Devon & Cornwall Police asking them to re-open the file on the Norman Scott case.

The North Yorkshire Enquirer will keep our readers informed of their response. 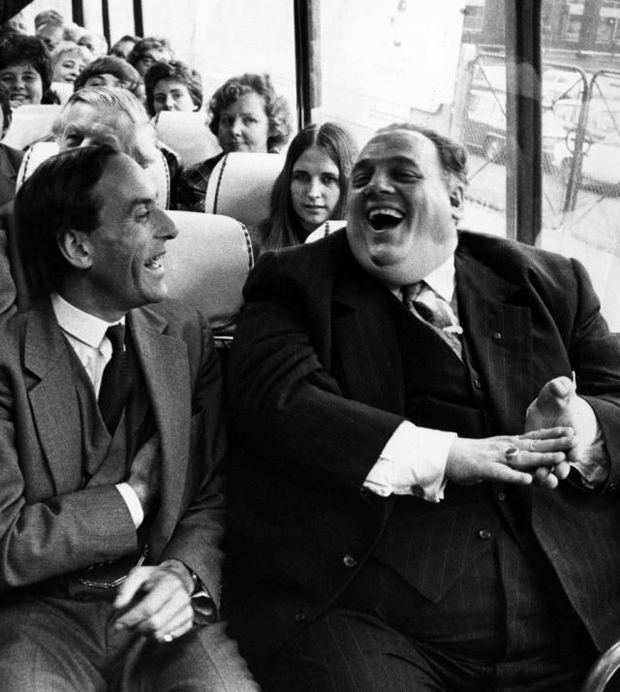 Jeremy Thorpe used rent boys and was an associate of Cyril Smith, who was a paedophile and a rapist.  Smith is also alleged to have been a member of the Westminster paedophile ring.

Peter Jaconelli was a school Governor and used this position to entice children into prostitution. He also abused male children at his judo club and at his ice-cream parlours. It appears that Savile and Jaconelli procured children for each other and for another member of the ring.

The North Yorks Enquirer has established that Thorpe and Smith visited Scarborough to attend Party Conferences. 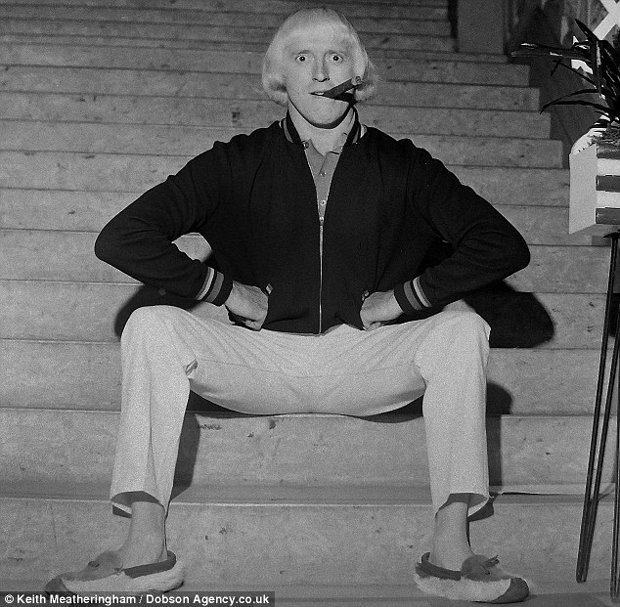 I understand that Teret visited Savile at Scarborough. This information was passed to Greater Manchester Police some time ago, to assist it in its enquiries.

Leon Brittan was the MP for Whitby from 1974 and will have known Jaconelli, who was then a prominent member of the Conservative Party. The late Geoffrey Dickens was a Yorkshire MP who will also have known Jaconelli from their membership of the Yorkshire and Humberside Conservatives regional association.  He will also have known of his offending, which was common knowledge in the area.  The North Yorks Enquirer believes that Jaconelli was one of the men mentioned in the dossier sent to Mr Brittan by Geoffrey Dickens. 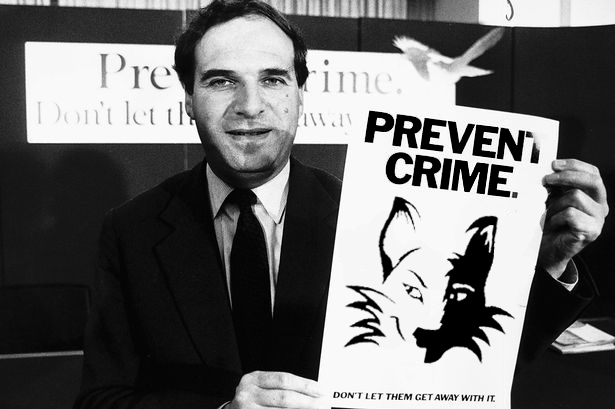 The NYE team were the first to break the news that Jimmy Savile and Scarborough slot-machine millionaire Jimmy Corrigan visited a Scout Camp in Doncaster for a sleep-over in Corrigan´s motorhome. Corrigan is known to have joined in a group sex session with Savile and a group of girls, some of whom were under age, provided for them by the local Council at the Otley Carnival in 1966.  Mr Corrigan has also been alleged to have been a member of the Scarborough paedophile-ring.

According to Tom Mangold in his excellent documentary (above), Thorpe was protected by the Police and MI5 and the files of evidence about him were segregated from the other Scotland Yard files and withheld. They then disappeared.

Peter Jaconelli was connected to the Westminster Ring and well known to Scarborough & Whitby Police for his offending. Numerous complaints were made about him, but the files and records on Jaconelli also inexplicably disappeared. According to Assistant Chief Constable Cross (retd.), there was no information on Peter Jaconelli in North Yorkshire Police files.

According to Witness M, Jimmy Savile was well known in Whitby  for his offending.  However, according to Assistant Chief Constable Cross there was no information in him in North Yorkshire Police files.

Subsequently North Yorkshire Police had to admit that this was not the case and refer itself to the IPCC.

Operation Spade was a major and successful international paedophile investigation conducted by the Canadian Police. Almost 350 people were arrested internationally including six law enforcement officials, nine religious leaders, 40 school teachers, three foster parents, 32 children volunteers and nine doctors and nurses.  One US Government Official committed suicide after he was arrested and 386 children were stated to have been rescued from abusers. It was a milestone of international cooperation in child protection globally, except in North Yorkshire, because North Yorkshire Police completely ignored the intelligence.

Operation Hibiscus is the investigation into historical allegations of child abuse by Peter Jaconelli, Jimmy Savile and others in North Yorkshire.

Initially, North Yorkshire Police confirmed that Savile did not have any connections to North Yorkshire. This was despite the fact that it provided Savile (Britain’s most prolific sexual offender) with a squad car to transport him to a young person´s event where he shared a platform with the Chief Constable, whilst he was simultaneously being investigated by Surrey & Sussex Police for serious sexual offences.

The BBC ran an investigation based on the work of the NYE team, which confirmed beyond doubt that Peter Jaconelli was a paedophile and that there had been a long, skillful and sustained cover up. This forced North Yorkshire Police to open up the investigation.  BBC Programme here.

The operation has been running since April and still has not reported. When a member of the NYE team recently contacted Operation Hibiscus to pass on information, they did not respond to his email.

As with Operation Spade, a potentially vital source of intelligence was completely ignored by North Yorkshire Police

Operation Midland is the Metropolitan Police investigation into allegations that up to three children were murdered by members of the alleged Westminster paedophile-ring.  Which included Savile and Smith.

Following the failure of North Yorkshire Police to respond to our email, we emailed our contact in the Metropolitan Police and asked him to arrange for Operation Midland to get in touch.  Officers from Operation Midland responded immediately. A classic example of a prompt and professional response to a potential source of intelligence. If only North Yorkshire Police were that interested.

As a result, the NYE team were able to pass on information relating to reports concerning the loss of a girl’s life at a location in Whitby in the late 1970s. Earlier this year, a Police search was made in Whitby for a body, with negative results. Rumours nevertheless persist in Whitby, that ‘satanic rituals’ used to go on at those premises in the 1970s, attended occasionally by Savile and Jaconelli.

Other information was also passed on which we are not releasing for operational and humanitarian reasons.

Why is it that North Yorkshire Police cannot meet the same standard of reaction to intelligence that the Metropolitan Police can?

Why is it that, when given the opportunity to investigate allegations of child abuse (the perpetrators of which could still be alive), it does not react at all. But when Councillor Jane Kenyon-Miller (the Chair of the Police Authority) is revealed to be involved in an international criminal fraud, it  reacts instantly and aggressively; deploying a team of experienced detectives, a Detective Superintendent, the Deputy Chief Constable and the Force Solicitor to try to arrest the journalist that broke the story, for the harassment of Councillor Kenyon-Miller? Why do paedophiles and fraudsters not get this treatment?

The major failures to arrest Savile and wind up the Westminster and Scarborough paedophile-rings all occurred in North Yorkshire.

If the failures of North Yorkshire Police to arrest Savile and Jaconelli were to be impartially investigated, Police Officers serving and retired would undoubtedly go to jail.

Could it be that North Yorkshire Police allocates a higher priority to protecting its own Officers and important local figures like Jimmy Savile, Peter Jaconelli and Councillor Kenyon-Miller, than it does to protecting children? Surely not. 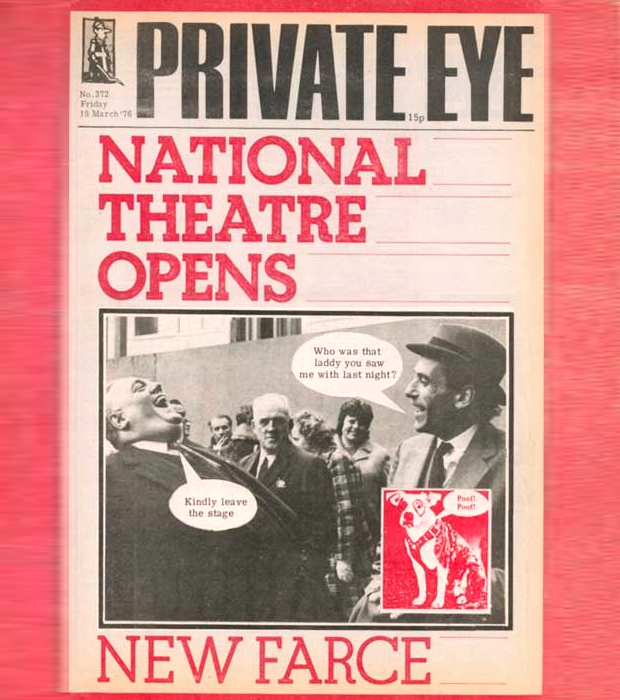