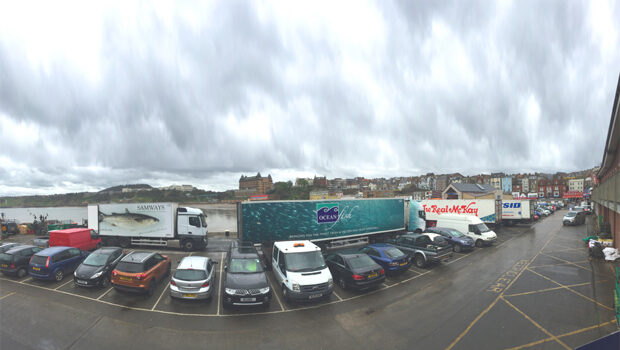 As you are already aware,  come spring of 2022, the whole nature of from where we are governed and how we are governed here in Scarborough, and indeed in North Yorkshire, will change.

The levelling-up process, as promised by successive Tory governments of recent years, will become a reality and, as result,  Scarborough Borough Council will cease to exist. Some (if not many) will not mourn that –  mostly those not within the tightly-knit local government cadre, predominantly Officers. Some within that cadre may well have to apply to join the new authority, some another authority, whilst others may simply hope to be transferred.

At this point it is worth noting the high probability that the Harbours of both Scarborough & Whitby are the highest source of revenue of any service provided by SBC, with the exception of the obviously highly lucrative parking department as any Borough resident in search of a parking place will understand. Also that when devolution occurs, as it undoubtedly will, harbours will be the only service that will not require any realignment of staff either by transfer or redundancy.

However, what some of us in the coastal areas of North Yorkshire are pondering is what is to become of our harbours?

More importantly, as far as I and other harbour stakeholders of both Whitby and Scarborough are concerned, how will the changes impact upon the fishing communities and their related industies already under pressure from Covid, from Brexit and even from Shell UK, in their quest for the ever-depleting energy reserves in the North Sea be treated? How will all my previous questions be answered and implemented?

So this now  begs the big question of what expertise (if any) will the proposed new unitary authority possess in the field of managing ports.

For harbours stakeholders of both ports – i.e. those who are involved in the commercial aspects of the ports (fishing, processing and transportation) who are used to an already poor level of service, what are the chances of it improving? Surely, the purpose of devolution is to improve services and improve job/career opportunities for businesses, both presently existing and new. It is highly unlikely that an authority without previous experience is going to be able to understand and grasp the requirements of something totally alien to them  – running a harbour, encompassing all the aforementioned.

In 2002, the then Labour government produced the Municipal Ports Review which, when published, recommended local authorities should divest themselves of control and allow ports with an enhanced stakeholder involvement to manage and control their own affairs.

This review gave some Council ports hope that they may become instrumental in deciding their own future in an often better and more informed way than the Councils that hitherto ran  them. Whitby and Scarborough were prominent amongst such ports.

SBC teased Whitby with the possibility of something akin to self-management only for it to be clawed back. The Mazars fiasco (SBC’s accounts have not been signed-off by the auditors for almost six years) has confirmed that at Whitby and is still testament to it.

In Scarborough, the stakeholders group was shut down and for several years there has been zero stakeholder involvement in decision making with regard toboth ports and management has been undertaken by a secretive Harbour Executive consisting of 5 members, only one of whom having any maritime experience –  and he a Council employee….the Harbour Master. No minutes come from those meetings and there has been no stakeholder representation.

So come 2022, what does the future hold for the ports of Whitby and Scarborough?

Will the ports be managed any better from Northallerton by someone with even less interest or knowledge than unrepresntative charade we have now?  Will it continue with zero stakeholder engagement? With zero maintenance to the ports infrastructure – only running repairs and then only when absolutely and unavoidably necessary? The Whitby Piers fiasco is testament to that.

Or do we start planning now for a future that comprises an organsisation run primarily for the benefit of harbour users with facilities fit for the 21st Century, through which we can access funding from central government to fund manage facilities and retain the revenues to be ploughed back in for further enhancments but, far more importantly, maintenance?

The question is: do we start now by creating a formally coinstituted body to progress and plan for an independent harbour trust for both harbours and have at least some outline structure in place by 2023 and hit the ground running? Or do we just wait and hope that car crash that is fully expected to engulf either or both harbours never takes place?