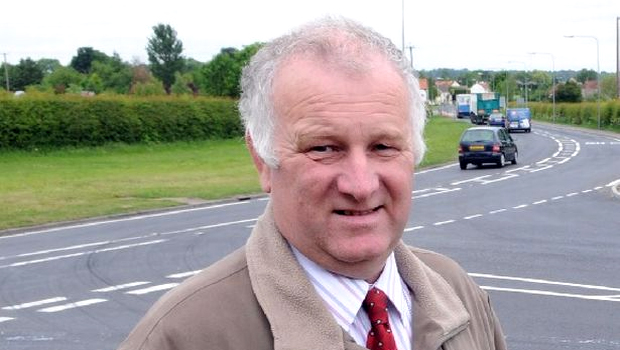 Following publication of our APPEAL TO POTENTIAL WHISTLEBLOWERS on 1st July 2018 and the almost-immediate response from an East Riding Tory – “Horse-Trading” (Whistleblower #1) – a second source within the East Riding Tories has now assured the Enquirer that Councillor Symon FRASER [Con.] has abandoned his bid for the Leadership.

Councillor FRASER received a ‘right of reply’ on this present report. 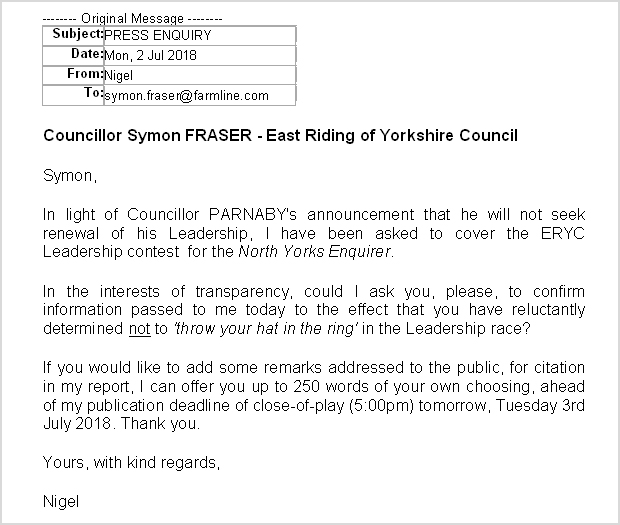 Councillor FRASER opened my email at 6:59am on Tuesday 3rd July 2018 and has therefore had ample time to respond, but has not done so.

In either case, Councillor FRASER’s commitment to transparency is now shot to pieces.

For what it is worth (which ain’t much) that could qualify him as an eminently appropriate successor to Councillor PARNABY.