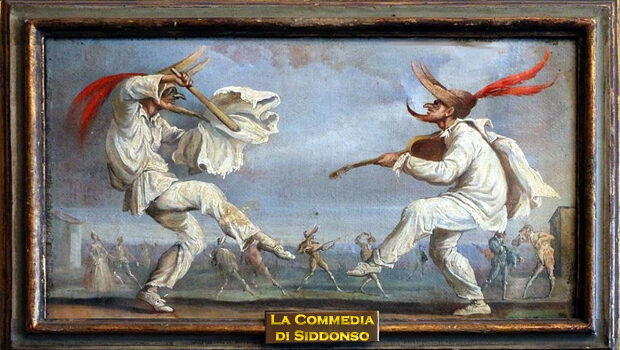 Hugely popular Guest Author NORMAN MURPHY, Alderman of the Borough, takes a satirical swipe at the comic genius of Stevonio SIDDONSO ahead of his long-awaited trip to Tuscany.

I think we can all agree that with the Covid-19 threat still hanging over us and the ending of the lock down still some time away, finding much to laugh about at this time is not easy. However, much to the surprise of many people, my self-included, the leader of the Council, Labour’s Stevonio Siddonso, our champagne socialist ruler, who is renowned for his trips to Tuscany, has, I would contend, recently managed to bring a considerable amount of mirth into our bleak lives.

I am of course referring to the hysterical, and quite frankly laughable-to-the-point-of-side-splitting, outpourings of indignation Siddonso spouted before and after the very closely contested second vote of no confidence brought against his pathetic leadership.

His opening salvo, spewed out against those who are sick and tired of his incompetent mishandling of every aspect of council business, demonstrated an embarrassing, but nonetheless, hilarious tone:

“I do not understand these Councillors’ actions,” Siddonso thundered, “based on their perception that they are not involved in decision sharing. Council were offered a different way of Governance and it was rejected.

We increased the role of Scrutiny by setting up a second Committee to look at decisions made by Council”.

Sorry, Stevonio, not only is the above, embarrassingly, “incomprehensible drivel”; the small portions that can be understood are incorrect. Most members, possibly all, have consistently complained, almost from the minute that you ascended to the throne, that members involvement in “decision sharing” in the Siddonso regime is non-existent.

YOUR decision to establish a Cabinet dominated by Labour members, even though you have only 13 members out of 46 (28%)is more than proof positive that “decision sharing” is not on the Siddonso agenda.

Moreover, reform of the committee system, which was promised by you before the election, but still has not been fully introduced, was not rejected; it was never offered. All that was on the table initially was an extension to the Strong Leader model, with YOU as Strong Leader – now there’s a joke, if ever there was one.

Members, and of course residents, want to get rid of you for inflicting all of the above on them, and perhaps, if you last long enough, much worse in the future; but you hang around like a bad smell.

However, it is this statement made by Stevonio which is, perhaps, the most laughable:

Stevonio continued: “This Coalition Council is making real progress: affordable homes for rent, securing inward, private investment to ensure long term security for residents, and the production of a blueprint for the Borough”.

The opening few words of this statement say it all. There is no coalition, Stevonio. Everyone can see that you rule the Council as a dictator.

You may claim real progress is being made, but no one else can see any progress being made whatsoever; indeed, quite the opposite.

Stevonio, you may ignore the harsh reality of your brief time in office, but the financial burden you will leave behind will unfortunately have to be carried by many future generations of ratepayers.

Stevonio, “mate”, your occupation of the Ivory Tower has been a joke and it continues to be a joke. And while we may laugh at your incomprehensible outpourings, I suspect many ratepayers will not find your performance in office, when mercifully it is ended, anything to laugh about.

To conclude, I would offer one last pearl of Stevonio wisdom:

“The Borough residents”, Stevonio bellowed, “deserve a cohesive Council, with Councillors in touch with reality”.

These sentiments are of course, Stevonio, perfectly true; residents do deserve a cohesive Council with Councillors in touch with reality.

However, and unfortunately, what the Borough residents have under your leadership is arguably the most out-of-touch and least cohesive Council in living memory. And, sorry to state the obvious, it is YOUR leadership which has brought this about and has made Scarborough Borough Council a laughingstock locally, regionally and now nationally.

“Would Signori Stevonio Siddons please report to the check-in? Your flight to Tuscany is boarding”.