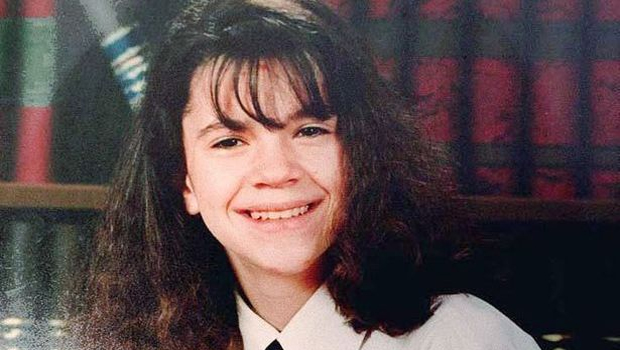 It is an unusual article because, as a result of new developments and additional material that has come to their attention, the authors are returning to a murder that they have already covered.

In July 2018, we covered the murder of fourteen-year-old Caroline Glachan at Bonhill, near Glasgow, in 1996. The original article can be read here.

There have been encouraging developments in the case of the Leeds murderer and serial rapist John Taylor, and also in the investigation into murder of Anne Ballantine in Edinburgh in 1986. Taylor is to be covered in a separate article that will be published shortly.

The authors would like to take this opportunity of making it clear that they are not linking John Taylor to the Caroline Glachan investigation. Nor are they linking Halliwell to the Ann Ballantine murder.

The authors have analysed Halliwell’s modus operandi, based on the circumstances of Halliwell’s two known murders (Becky Godden-Edwards and Sian O’Callaghan). The results of their analysis, has led them to believe that Christopher Halliwell should be considered as a suspect for the murder of Caroline Glachan.

The Murder of Caroline Glachan

Fourteen-year-old Caroline Glachan was found dead at the water’s edge of the River Leven near Bonhill, near Glasgow, Scotland, on Sunday 25 August 1996. Her body was concealed in shrubbery, half in the water and half out. She had been beaten. She had drowned after being partially put into the water. Her trainers had been removed and were on the riverbank. Caroline was going to meet her boyfriend and took a short cut from shops, along a tow-path to the point where she was murdered.

Strathclyde Police confirmed that Caroline had not been sexually assaulted, but her trainers had been removed and left on the bank of the river. They wanted to interview a man wearing a dark green hooded top who was seen by a taxi-driver walking near Caroline.

Halliwell travelled widely by car, led an itinerant life and was not restricted to so many days annual leave a year. He could holiday for as long as he liked, whenever and wherever he liked, and was only limited by his available funding.

Halliwell spent his childhood at Dalbeattie in Scotland, ninety miles away from Glasgow until he was fostered in 1979 at age fifteen. We do not know where he was fostered. Halliwell would have had no difficulty operating in Scotland and blending in. The authors believe that Halliwell could have been fostered in the area, or may have been fishing there, giving him local knowledge of the area and towpath.

Based on the murders of Becky Godden-Edwards and Sian O’Callaghan, the case is consistent with Halliwell’s known modus operandi.

The victim’s build fitted Halliwell’s victim preferences. She may have appeared older in the dark than she was.

The body was found on a riverbank and had been concealed by putting it into water, as with the murders of Maria Christina Requena, Carol Clark and Lindsay Jo Rimer, for which the authors also believe Halliwell should be considered as a suspect.

Halliwell was a keen fisherman and narrow-boater. Scotland has a large canal network, which is popular with narrow-boat enthusiasts. Halliwell’s hobby of narrow-boating gave him a reason to be in the area; which is 5.7 miles from the start of the Forth and Clyde Canal at Bowling Harbour. Did Halliwell finish a narrow boat holiday there with a fishing trip to the River Leven?

Crimewatch UK and the failure to arrest a local man

The authors have recently traced the Crimewatch UK re-construction that was broadcast in December 1996. It can be accessed here at four minutes and twenty seconds.

The Crimewatch UK appeal was very professionally done. In particular, the sighting by a taxi-driver that knew Caroline of the man following her whom the authors believe was Christopher Halliwell (compare the images below) is reconstructed very well.

The 1996 investigation codenamed Operation Fairing appears to have focussed very quickly on the murderer being a local man. However, since this determination in 1996, no one has come forward to name the prime suspect in the artist’s impression. This is despite:

Local journalist Norman Silvester, who covered the case, has expressed surprise that the local community had not given up the killer, as have Police Scotland. Please see his comments at the end of this programme and in this programme.

The conclusion must be that the man in the artist’s impression has not been indicated to the police by local people because he is not a local man living in the community. This is entirely consistent with the conclusions arrived at by the authors.

The authors’ view on the murder

In the original article, the authors put forward two alternative theories on the murder and why Halliwell should be considered as a suspect. The information released by Strathclyde Police in the Crimewatch programme has supported both these theories.

The Senior Investigating Officer (SIO) on the case was Detective Chief Inspector Jeannette Joyce. She stated in the programme that Strathclyde Police were convinced that the murderer had local knowledge of the River Leven. She appealed for fisherman that fished the River Leven either as licensed fisherman or as poachers to come forward. The implication being that she suspected the murderer may have been a fisherman.

In the programme, the prime suspect is described as being average build, clean shaven, sharp features with sideburns, aged twenty to twenty-five, and five foot four inches to five foot six inches in height.

Detective Chief Inspector Joyce is pictured below with a poster of the prime suspect. Please compare it to Christopher Halliwell’s photograph below it. 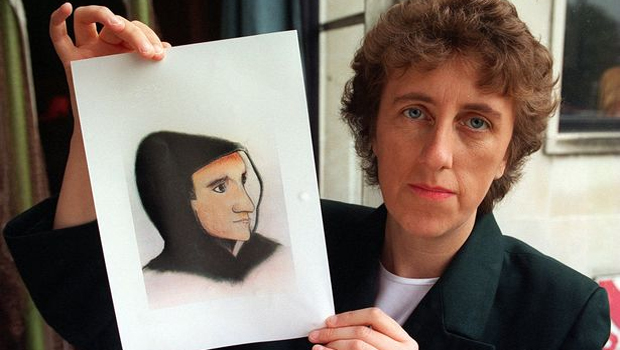 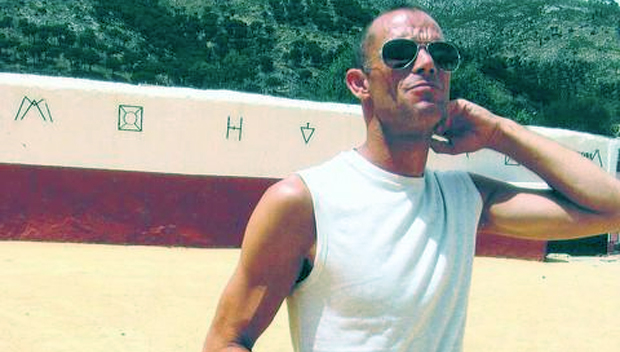 Both theories are entirely consistent with the Crimewatch UK programme.

The authors have no doubt that if we had been able to put this information forward to Strathclyde Police in 1996, Halliwell would have been immediately declared a strong suspect. Unfortunately, Halliwell was unknown to the police for this type of offence until his arrest in 2011 for the murder of Sian O’Callaghan.

The NYE has contacted Martin Docherty-Hughes MP (SNP), MP for West Dunbartonshire. He is very aware of Caroline’s murder and doing everything he can to generate publicity and keep the case in the public eye, so Caroline’s murderer can be arrested. 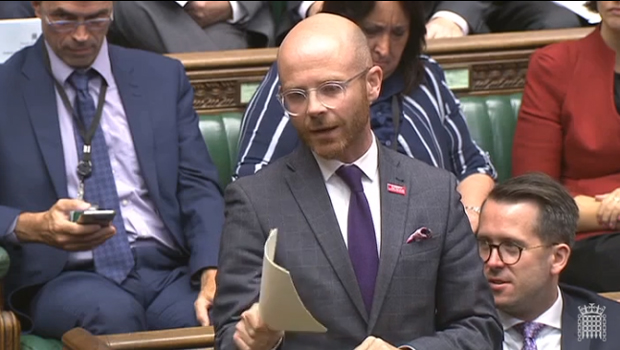 He has written to the NYE in the following terms:

“Many thanks for your draft article it makes for interesting reading. Please be assured that I will write to Police Scotland and highlight the report and the work you have done. Anything which may bring the case to a speedier conclusion is most welcome, and through looking at the case from a differing perspective may just be what’s required, will I am sure be most welcome.

I welcome your investigation into this matter and hopes that it will offer some value to the on-going Police Scotland investigation.”

Member of Parliament for West Dunbartonshire

Subsequently, Mr Docherty-Hughes confirmed that he received an acknowledgment from Police Scotland indicating that they are still looking at this case; no but other information was forthcoming.

The Police Scotland Media Team was very helpful to the NYE, but would not confirm if Halliwell has been considered as part of the Caroline Glachan inquiry.