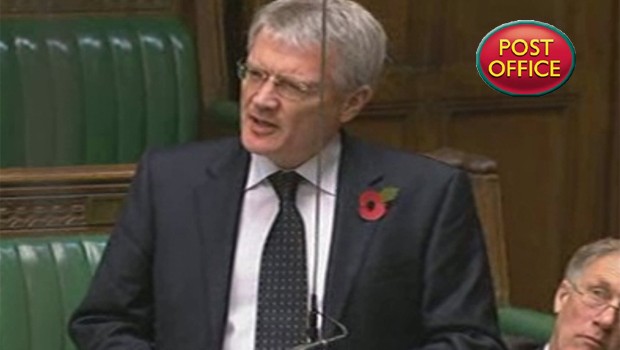 The long-running national scandal surrounding the Post Office ‘Horizon’ accounting software has taken a new turn. The faulty software incorrectly implicated dozens of postmasters/mistresses around the country in allegations of fraudulent activity which ended in multiple job-losses, bankruptcies, criminal charges and jail sentences.

When government Ministers were apprised of the problems in the run-up to the Royal Mail sell-off in late 2013, they appeared to ignore the cries for help from whistle-blowers.

We refer readers to the following press release, submitted for publication to the North Yorks Enquirer by email.

A former Knaresborough postmaster litigating in an employment tribunal for whistle blowing, is to call Harrogate MP Andrew Jones to stand as a witness.

Fozia Rashid claims she was sacked from the Post Office’s Knaresborough High Street branch, in July 2013, after witnessing and attempting to report a series of criminal activities, including potential institutional fraud and errors in the Post Office Horizon software.

Having failed to gain any support from Post Office officials, Miss Rashid approached the Harrogate & Knaresborough MP, who at the time was a Parliamentary Private Secretary in Vince Cable’s department. She then attempted to raise her concerns with the business secretary directly, only to be told to withdraw her allegations immediately or she would be sacked.

Miss Rashid said: “Having tried to report many irregularities, which are potentially costing millions of pounds of taxpayer’s money, I was forced to leave my post immediately, despite initial denials by the post office that I was even employed by them!”

“Latterly their defence states I was dismissed due to non-payment of rent for the branch premises, which had nothing to do with me.”

“I believe the real reason behind my dismissal was my attempts to report systematic theft, money laundering and fraud, facilitated by serious failings in the branch network software.”

“Post Office Limited tried to set me up to fail in my Postmastership by underfunding the branch in order to destroy my whistleblowing credibility. In distress I contacted Andrew Jones, my MP, and explained the seriousness of the situation. I expected his help – certainly not a heavy handed threat from him and Vince Cable!”

After her dismissal, Miss Rashid began a fight to clear her name, which has seen her attending an unprecedented number of preliminary tribunal hearings, during which time she has been offered financial incentives to abandon her legal action.

“It’s not about the money or I would have settled. Post Office have even suggested that I name my price,” said Miss Rashid.

“I think that the treatment of whistleblowers is disgraceful. Contrary to government claims, we have no protection. All I wanted was to help save the country significant amounts of money and I have ended up being treated like a criminal.”

“In order to secure justice, I need to call a number of key witnesses to substantiate my case even though they will be reluctant to do so. Lying under oath is a criminal offence and I therefore look forward to hearing their testimony.”

Unusually, a minimum of seven days has been set aside for Miss Rashid’s hearing, which commences on Thursday, September 3rd 2015, in Leeds.