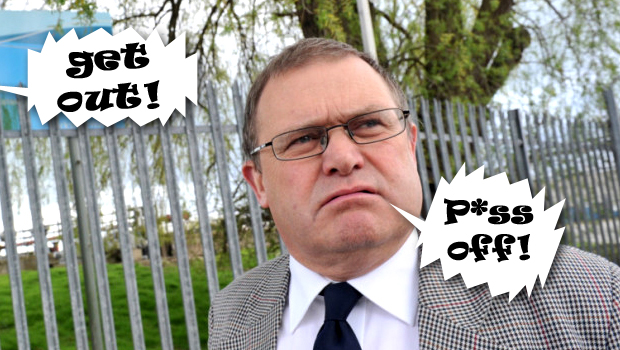 I hope that readers will join me in applauding today’s letter from Nigel PEARSON, the Chief Executive of East Riding of Yorkshire Council, to the disgraced Councillor Dominic PEACOCK [Con.] who “donated the steam off his p*ss” to the Memorial Fund, established following the brutal murder of Labour MP, Jo COX.

Unforgiveably, three ERYC Councillors are known to have withheld their support from the motion to sanction Dominic PEACOCK. Names to note come election day:

Councillor Dominic PEACOCK has lost no time in delivering his hand-written response:

Of course, the court of public opinion has already returned its verdict on Dominic PEACOCK, but the final chapter will draw to a close only when PEACOCK leaves the Council forever. Speed the day!